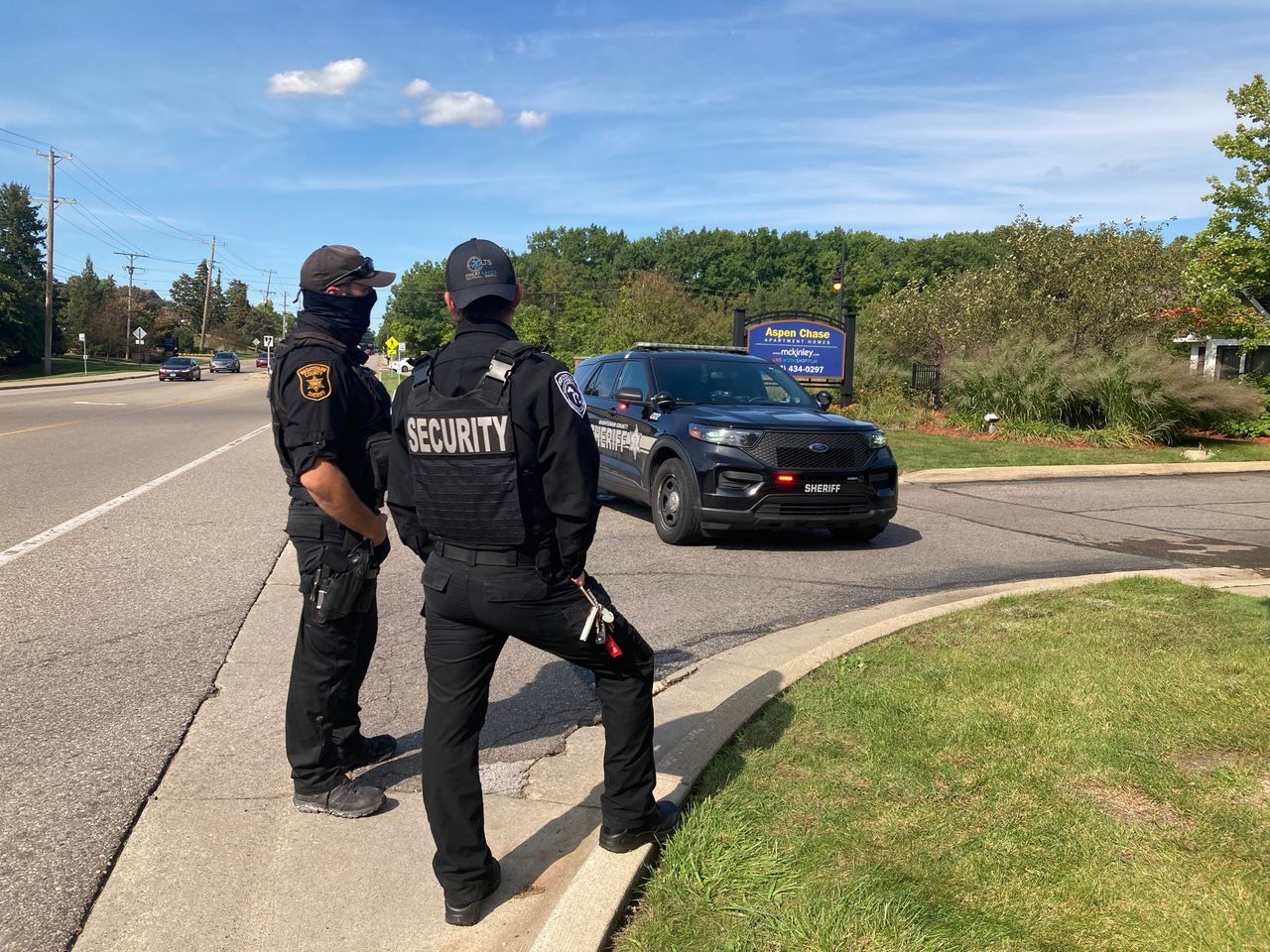 YPSILANTI, MI – Police were involved in a standoff with three barricaded gunmen at Aspen Chase Apartments in Ypsilanti Township on Friday, September 24.

Police were dispatched to the area for an ongoing armed robbery at the Boost Mobile cell phone store at 2872 Washtenaw Avenue just before 2:30 p.m., according to Derrick Jackson, spokesperson for the Washtenaw County Sheriff’s Office.

The suspects – described as three men with guns – fled the scene and were reportedly barricaded in the compound. The police had not yet contacted them at 3:30 p.m.

The sheriff’s office was asking people to avoid the area around the apartment complex, located on Golfside Road between Washtenaw Avenue and Clark Road.

Police also warned those whose students were dropped off in the area by school transportation that the district would release instructions for transportation adjustments.

In a letter sent to parents, the Ypsilanti Community School District urged residents of Aspen Chase to pick up their children directly from school. If that wasn’t possible, the buses would be parked at the At Home furniture store on the corner of Golfside and Washtenaw.

“Students who are not picked up from the At Home Furniture store will be returned to their school building,” said the letter, signed by Superintendent Dr. Alena Zachery-Ross.

Residents at the scene say there has been a slight increase in criminal activity at the apartment complex recently.

Robert Valentine, a resident of Aspen Chase for less than three weeks, expressed frustration, saying it was the second time they had blocked the area since moving in.

“Every day it’s the police here,” he said.

Valentine, 64, has moved from the Milan area and says she is ready to move again.

Louis Mclean, an Apsen Chase resident for about a year, said the crime had worsened in recent months.

“It just cannot be acceptable,” he said. “There have been gunshots every week here.

This is a developing story. Check back for more information.

2 months later, authorities still have not determined how the woman died at the Faster Horses Festival